The 3D’s: Decarbonisation, Digitalisation and Decentralisation

What they mean for the worlds of energy and transport 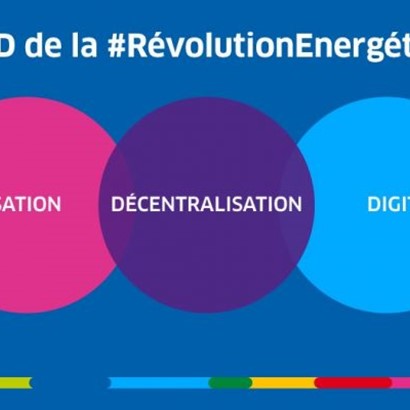 The 3D’s, namely Decarbonisation, Digitalisation and Decentralisation are set to rip apart the energy and transport worlds as we know them over the next years. For those who embrace these forces, as opportunities rather than threats, the possibilities are endless. What we are seeing is a once in a century seismic shift in our energy world; one which not only impacts utilities like E.ON in Europe and NextEra in the US, but also oil and gas companies like Shell and Exxon not to mention global automobile manufacturers such as Toyota and VW. It will cause a shift in global economic power away from oil rich countries such as Saudi Arabia and Nigeria to mineral rich countries such as Chile and Australia. And understanding these shifts is a key to strategic positioning going forward, whether you are an entrepreneur, an automobile executive, an utility leader, a regulator or a government official.

The first of the 3D’s is Decarbonisation, which, despite President Trump, is the ongoing push away from fossil fuels to cleaner energy sources such as solar or wind. It is however not just about reducing carbon emissions; it is also about reducing air pollution and improving air quality in our cities. The impact is far reaching and will have negative effects particularly on two fossil fuels in the coming years, coal and diesel. Coal will be the hardest hit as it is the biggest cause of smog in cities like Beijing and it is also the largest CO2 emitter of all fossil fuels. And the good news there are cheap and cleaner alternatives to coal in the form of natural gas and renewables. Diesel is also under pressure thanks to VW and the Dieselgate affair. The issue is that the cost of reducing NOx emissions and particle emissions from diesel automobiles is too high. The alternative which is to hybridise a gasoline engine by putting in a larger battery is cheaper and more effective. It is the same in the world of power generation. It is now cleaner and cheaper for mines and islands to use solar and batteries for power generation than diesel gensets.

The second D is for Digitalisation which is all about technology, the software, semiconductors and sensors which not only enable the internet but the vast array of digital devices that make up our modern lives. These technologies are being increasingly used in the world of energy but still much of the energy world is full of ageing assets (more than 40 years old) which are just not fit for the modern digital world we live in. Add to this, the two up and coming digital energy technologies solar and storage which together will have a dramatic impact on the world of energy. Solar is cheap, easy and quick to install as well as flexible in that it can be used to power a calculator or a whole town. It will become the core of the power system across much of the world in the coming years. Until recently energy storage was just too expensive. But this is fast changing thanks to technology improvements around lithium-ion batteries as well as cost reductions thanks to the decision by the automobile manufacturers to use this technology to power electric vehicles. Going forward energy storage costs will continue to go down and together with solar will push the trend towards decentralisation.

The third D is for Decentralisation which is the process of redistributing power, tasks, people and things away from a central authority. We are seeing this movement across the world as people react against the lack of transparency and inefficiencies of centralised systems not to mention concerns around the resilience of such systems. The internet is a good example of a decentralised system. It is not controlled by one authority and it is highly resilient meaning that even if part of it goes down, information keeps flowing. There’s an inherent stability to a decentralised technology. And whatsmore they empower people. No more is this so than with energy. People across places a far a fiels as Germany and Tanzania are putting solar on their roofs and batteries in their homes to give them the electricity they need. These decentralised technologies are now so cheap that it is becoming economically unviable to build large traditional centralised generation units in large parts of the world.
Then we have the electrification of transport. Putting batteries in cars will change the power system forever making cars into moving energy storage devices which will be used to not just take power from the grid or home but also to supply power back when needed. And as this happens the complexity of running a system from central control rooms will cause more decisions to be decentralised and made locally. Finally, we are seeing new technological breakthroughs such as blockchain and consensus mechanisms, which will only increase the momentum behind the move to decentralisation.

In summary, the impact of the 3D’s: Decarbonisation, Digitalisation and Decentralisation will be enormous. The result is that the next years will be exciting and full of opportunities but these changes are major threats for those who don’t take these changes seriously.