The case for nationalising energy

Renationalisation may be electorally palatable, but the economic case is not so clear cut 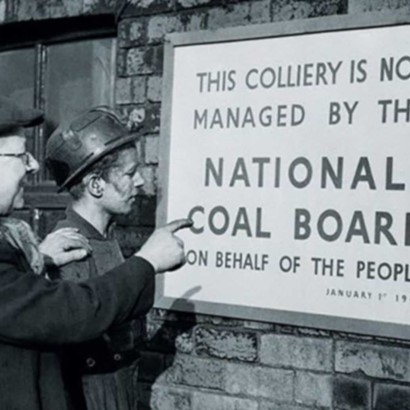 It was with great interest that I read the leader of the UK’s opposition, Jeremy Corbyn’s recent speech to the Alternative Models of Ownership Conference. Much of his speech was about the Labour Party’s pledge to ‘bring energy, rail, water, and mail into public ownership’ which got me thinking about whether this makes economic sense or not. On a practical level, a comparison of the privatised rail service of the UK with say the state-owned system of Germany, both in terms of cost and quality, would tell you that privatisation of natural monopolies is not a good thing. But the big question for me is whether it makes sense to re-nationalise energy assets or whether there is a better way.

The UK, ironically, was the first country to liberalise their power markets and privatise state energy assets. The ‘British model’ as it became known began in the 1980s with the sale of state-owned generating companies and regional electricity operators to private investors. The British transmission grid was floated on the London Stock Exchange in 1995, making National Grid the first electrical network company to be listed on a stock exchange. The government’s nuclear assets were listed a year later as British Energy, and, by 1997, the whole UK power industry had been privatised with complete separation of power generation, distribution, and transmission. The idea spread, initially to continental Europe and then increasingly across the world and now Jeremy wants to re-nationalise the power system.

In his speech, Jeremy Corbyn gives two major reasons for renationalising the power system. Firstly, ‘Where there are natural monopolies, markets fail’ and secondly, ‘climate change.’ It is hard to argue against his first point that there is clear ‘corporate capture’ when it comes to the regulation of these natural monopolies and that ‘regulators have proved too weak and too close to the companies they’re supposed to be regulating.’ However, that is not a failing of the market, but rather of the government failing to to legislate and regulate.

As to climate change, the key thing that needs to happen is for the British economy to renewabilise and to do so as cheaply and quickly as possible. And as clearly the cost of capital is the most important element in determining the overall cost of renewables, state ownership does make sense but on the other hand the same results can be achieved through regulatory mechanisms such as feed in tariffs which also support a bottom up approach by enabling home owners, small businesses and local communities to become involved in climate change mitigation. This would also have the added advantage of further decentralizing and thus democratizing our energy system.

The logic of nationalising energy assets and owning renewable assets is that the ‘costs to society’ would be lower because the government could use its balance sheet to borrow money at lower costs of capital than current energy asset owners or non-governments could. The returns from these investments could in turn be used to finance other investment programs such as the British public health system, the NHS. There is a big risk though that the government does not manage this properly, especially given that the British government, as Jeremy freely admits, can’t even effectively regulate the energy industry.

The real challenge and risk though is the timing. We are currently living through the early years of an energy revolution, one in which we are seeing massive technology change and incredible cost reductions in technologies such as batteries and solar not to mention the electrification of transport and the probable digitalisation of the whole energy system. In this situation, we are likely to see stranded assets, as we have already seen in power generation in Germany where utilities have been forced to write down billions of Euros of losses. Given this backdrop it makes more sense to let the private capital take the hit on any stranded assets and mistakes made, as we move through this energy transition, rather than the tax payer.

To be clear, the sums involved are huge. If a Labour government was to nationalise energy it would cost somewhere between £55bn and £200bn with the lower number being that required to buy back just the distribution and transmission grid and the larger number including power generation and the big 6 utilities. The upper number would require the British government to borrow 10% of annual GDP to buy those assets back. If they got this re-nationalisation wrong and overpaid for assets whose value subsequently vanished, then not only would it impact the credit rating of the British government but also seriously impact the competitiveness of the whole economy.

Thankfully there is a less risky and simpler alternative and it is called regulation. All Jeremy needs to do is to set a clear vision for the future of the UK energy system, with related targets as well as a strong independent regulator. What we need is collective optimisation, which aims to focus on the lowest affordable costs while ensuring the lowest carbon emissions and the most secure energy system. This is likely to lead to a hybrid central and decentralised energy system and energy market. And if Jeremy shows that he can successfully do that then, only then will I believe that the state can manage this transition better than the private sector.