2017 will be the year when wireless charging goes mainstream 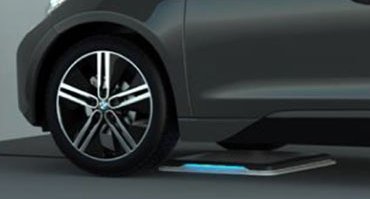 October 2019
The mass of wires that make up our modern lives is quite unbelievable.

Gerard Reid
Co-Founder and Partner
My house is full of plugs, extension leads, power cables, transformer boxes and charging devices. And charging the range of digital devices that make up our modern lives is a pain.

I am always forgetting to charge the phone or bring a particular adapter when I am travelling. And now that I have an electric vehicle I have a ten meter cable running from my home to my car. What I want is no cables. I want to be able drive my car into the garage and have it charge without me having to think about it or plug it in. I want to be able to charge a number of devices simultaneously by just leaving it in a particular room. And I don’t want to have to keep using extension cables just because I don’t have enough wall sockets in my office to charge the computers, monitors, printers and scanners that I have! The good news is that we won’t need all these cables in the future as all of our electrical devices will be charged wirelessly.

In fact, many of us already use wireless chargers in our homes without even knowing. If you have an electric tootbrush or a battery powered drill then you have a charger that charges those devices without wires. And some of us have charging pads for our smart phones. This type of charging is called induction and requires two matching coils to be precisely matched up with each other which means the device needs to touch the charger. And therein lies the problem with this technology. It is just not convenient enough. This will change later this year thanks to Apple.

Apple’s new iPhone which will hit the market later this year will likely use the next generation of wireless technology known as magnetic resonance. This will allow you to not only charge your mobile phone without touching the charger but also charge through walls and to charge multiple devices at the same time. Now that is convenient! One charger per room and suddenly all connected devices can be charged without even needing to think about it. Take this a step further and gone will be the need for power cables. Next generation TVs will be powered wirelessly and eventually the whole home will go wireless. But that is just the start. Imagine sitting in your car, waiting at a traffic light and unbeknown to you, your car is being charged and you are being billed for it as you sit and wait for the green signal. Such technologies already exist and in the next years will be commercialised and not alone will they help me get rid of the car charging cable that I have to bring everywhere with me but they will also help drive the electrification of the automobile going forward!