China will rule the world of automobiles 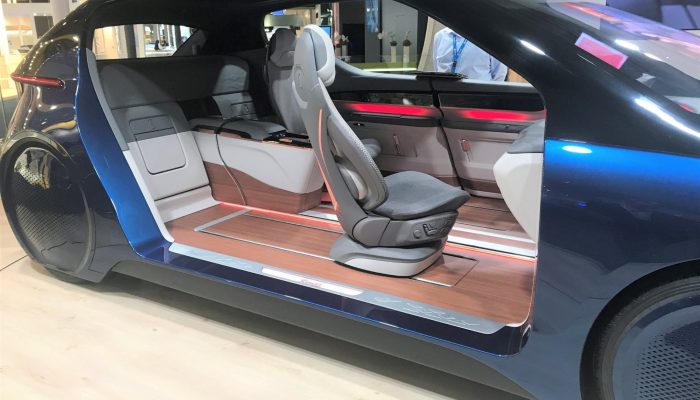 Gerard Reid
Co-Founder and Partner
I was at the Frankfurt Automobile Show last week, the biggest automobile show in Europe. There was lots of excitement around e-mobility and most manufacturers had some new electric concept car on show. That said two of the biggest EV manufacturers in the world, Nissan and Tesla did not even have a stand there and my overriding conclusion was that, despite all the hype and glitz, we are probably seeing the peak of the German and European automobile industry. The Chinese will become the global leaders in the automobile industry unless there is a big change in the ways and thinking of traditional car companies. Why do I say that?
The strategy of China Inc: China Inc has decided that the future of transport is electric and is creating that future by pushing the whole domestic automobile value chain to electrify faster than other countries. The government, in turn, is not only providing support on the demand side for EVs but also pushing key technologies such as lithium-ion batteries as well as the mining and processing of key raw materials such as rare earth metals and graphite. China is also putting in place the necessary electrical infrastructure with impressive goals to deploy, by 2020, some 4.3m million private EV charging stations and 0.5 million public chargers. At the same time, China is pushing key future digital technologies such as autonomous driving, of which the Chinese government targets mass shipments of autonomous vehicles by 2025.
Freedom from legacy technologies: China’s automobile industry is relatively young and is not disadvantaged with 100 years of internal combustion engine (ICEs) knowhow and technology which has produced a certain amount of over-confidence among incumbent automobile manufacturers and their suppliers as well as cultures which are bureaucratic and slow to change. Additionally, the speed of the Chinese push into EVs, plus the size of their domestic market could mean that global automobile standards move from being largely European and Japanese to becoming Chinese which would make it more difficult for traditional manufacturers to catch up.
Talent. China produces circa 360,000 engineering graduates a year which is more than the US, Japan and Germany combined, all of which are supporting the development of next generation automobile technologies. In addition, Chinese startups are increasingly attracting some exciting entrepreneurs and large amounts of capital as well as some of the best brains in the global automobile industry. There are at least fifteen well-funded EV manufacturing Chinese startups including Faraday Future (who hired much of their design team from BMW) and NextEV (chief designer came from Porsche) as well as a host of new service mobility companies such as Didi and AoTu.
Capital and data. To build next generation automobiles many of which will be autonomous and not owned by the end user, lots of capital and user experience data are needed to ensure safety and success. China has these in abundance. It is already home to the biggest electric bike sharing platform in the world in Ofo which recently raised $700m to expand abroad. The Chinese have also more experience than any country with charging electrical vehicles thanks to the 250m electric bikes that need to be charged every day. To cap it all, the Chinese people are already very digital. There are some 750m internet users in the country, nearly all of whom have smart phones. And there is lots of capital which is not only funding the EV startups but also enabling the Chinese manufacturers to make acquisitions abroad, noting that names such as Volvo, MG and Lotus are already Chinese owned and the Chinese manufacturer DongFeng owns 50% of Peugeot.
The incumbents and their political defenders. Companies such as Daimler, Ford and Bosch have dominated the automobile industry for over a century. But their success has burdened them with bureaucracies, complex decision-making processes and cultures that are not set up to deal with dramatic technology shifts. For most of them, their EV strategy to date has been to block change and slow down as much as possible the electrification process by using their market power to push regulations in their favour, not to mention 20th century technologies such as diesel. Thanks to Tesla and Panasonic and now the Chinese EV manufacturers the genie is out of the box and it questionable how many of the incumbents can make the necessary changes to stay competitive. That all said the opportunities in terms of new business models and market opportunities, if embraced, are massive!