Have we reached an inflexion point for solar investors? 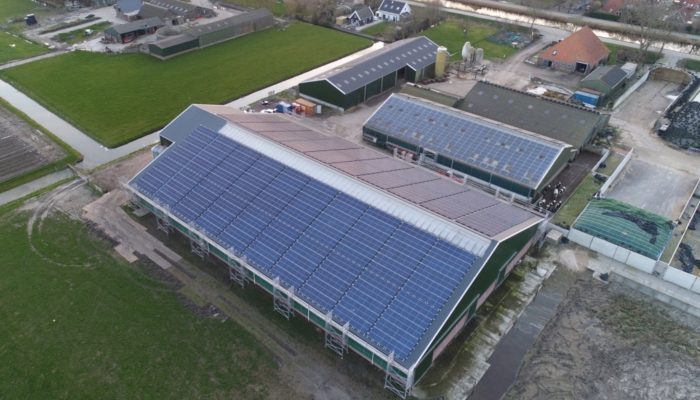 Unbelievable is a word that one should rarely use, but it is the best adjective to describe developments over the last years in the solar sector. For instance, in 2007 a 220watt 60 cell solar module, from the now bankrupt German producer SOLON, cost €822. Today a similar module costs €95. The price collapse happened due to massive economies of scale and intense competition across the entire solar value chain, which has made investing in solar companies a very difficult task. Despite strong revenue growth most solar companies have not been able to maintain profit margins let alone increase profits which in turn has impacted stock market valuation and share prices. But if you look at share prices this year, what you are seeing is a strong recovery in some solar stocks. My own view is that we are reaching an inflection point in solar investing. I am optimistic for five reasons:

Firstly, Technology Advances. High quality silicon as well as innovations such as PERC (Passivated Emitter Rear Cells) are leading to increases in cell efficiency and performance. For the same performance, you now need less module raw materials, frames and physical space. cells. A step beyond this are bifacial modules which enable the module to not only use direct sunlight but reflected light onto the back of the module to produce electricity. Firms like the Chinese producer Longi Solar are focusing on such technologies to not only reduce solar module costs but overall system costs.

Secondly, Increasing Complexity. It is not just a case anymore of installing solar on a roof and receiving net-metering benefits in the US or a feed-in-tariff in Germany; it is all about providing dispatchable power to the end consumer or to the grid. Solar energy will increasingly become a part of a complex system, such as virtual power plants (VPPs) or hybrid-power solutions. This is exactly the area that companies like the German inverter manufacturer SMA Solar are focussing on. And with complexity comes a chance to increase profitability and build barriers to entry.

Thirdly, Huge Growth Potential. For a start, only 1% of the world’s electricity generation comes from solar, so there is much scope to grow! And given that solar is cheap (and getting cheaper), quick to install and flexible (can be used to provide a few watts of power to a calculator or gigawatts to a grid) yearly installations will continue increasing. This year will be the year when solar becomes the King of Power Generation, with installations likely to top the record 87.3GW of coal power generation that were added to the global power grid in 2011.

Fourthly, New Business Models. We are seeing increasing interest from investors around exciting and defensible business models that use solar as the primary energy source. These include pay as you go business models from companies such as Mobisol which are increasingly being used in Africa to deliver power to homes that do not have power.

Fifthly, Growing Cost Advantage. Costs of producing electricity with solar are becoming progressively cheaper, with the world record already under $4 cents a kWh. Other forms of generation, be it coal, diesel of gas cannot keep up. Solar is now becoming so cheap that it makes economic sense for power users and utilities to sign power purchase agreements (PPAs) with solar power providers rather than conventional power sources.

Back on the stock market, investors are starting to differentiate between the winners and losers in solar. Solarworld, Renesolar, Hanwha, Motech, E-Ton, Enphase, Sunfeng have all seen their share prices fall this year. On the other hand, the share prices of companies such as SMA, Solaredge, Sungrow, Jinkosolar, First Solar and Longi are all up over 30% year to date. But the big winners year to date are the technology providers such as Centrotherm, Amtech and Meyer Burger all of whom have doubled in share price since the start of this year!