How is Tesla revolutionzing the automobile industry 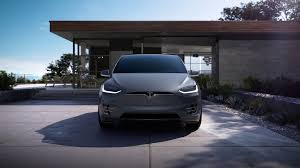 October 2020
eMOBILITY
Thanks to Tesla, and its innovation around autonomous driving, my 9-year old daughter will never need to pass her drivin

Thanks to Tesla, and its innovation around autonomous driving, my 9-year old daughter will never need to pass her driving test, and I will never need to buy a conventional internal combustion engine car, or for that matter a BMW, again.

I own a i3, a fun to drive and fully electric car from BMW. However, my first experience of driving it was tantamount to a nightmare. The day after I took delivery I took it on the autobahn on the way to the airport, and was highly impressed with my new toy until I realised that I would have to recharge the car to make it back home! The end result was me limping back home in the small hours of the morning at a maximum speed of 50km per hour, with the heating off. It goes without saying this was a very unpleasant driving experience, most of which was caused by BMW, who did not include a fast charging cable with the car let alone an app to allow me to pay for charging. The most ludicrous aspect was that the BMW navigation system directed me to the nearest EV charger, which turned out to be a Tesla charger which my BMW could not access!

But the most stressful part of the drive came courtesy of the BMW battery management system, which kept telling me I would not make it home, until I was 5km away at which point it suddenly announced I had enough power for another 20km. My main takeaway from owning an i3 is that some of the BMW designers simply do not want electric cars to succeed, which is likely a key reason why the German automobile manufacturers are still way behind Tesla in terms of their EV and related customer experience offerings.

Tesla has focussed on driver experience from the beginning. Their cars are incredibly fun to drive because of the instant torque that an electrical engine brings. In addition, the company has concentrated on reducing the aforementioned range anxiety, which it has done by building large capacity batteries into their cars. The Model 3, for instance, has a range of over 500 km, nearly twice that of the i3. Tesla has also put in place its own high-performance, conveniently located supercharger stations across the world, which are easy to find and book because of the significant effort the company has put into its software systems.

It is this area of software that Tesla has a clear competitive advantage over all global automobile manufacturers. Its design philosophy, where everything is concentrated on a single computer, which manages all the core functions of the car, makes it easy to upgrade software and offer new features to customers. In contrast, BMW and other incumbents are unable to do this because nearly all components, from door handles to windscreen wipers and including related software, are outsourced to third party suppliers.

The highly complex operating systems within these cars rely on a few hundred control chips made by various suppliers, which means massive coordination is required to change anything. And this in turn prohibits innovation.

Tesla has made the decision to not only build an integrated software platform but to use custom made semiconductor chips and to integrate them alongside other critical and proprietary technologies such as batteries and power electronics. As a result, the company is at the forefront of areas such as battery design and management as well as manufacturing. The same is true of power electronics, which are critical to the performance of EVs. Tesla took the bold move with the Model 3 of using silicon carbide rather than the traditionally used silicon for its main power electronics unit. This one decision allowed them to easily and cost effectively increase the range of the car by 10% and also points at another factor in their success: culture.

Elon Musk's company sees itself as the Apple of automobiles, with fast innovation and radical thinking at the forefront of all that they do. The incumbent culture in companies like BMW, in stark contrast, is obsessed with quality, rather than customer service, and for rewarding evolution rather than revolution.In addition, just like Apple, Tesla has managed to capture the imagination and hearts and minds of people across the world and this is reflected in their valuation on the capital markets, which is now higher than VW, Daimler and BMW combined. All in all, that makes them a tough competitor to beat without radical change among the conventional producers.