Picking winners in the transport revolution 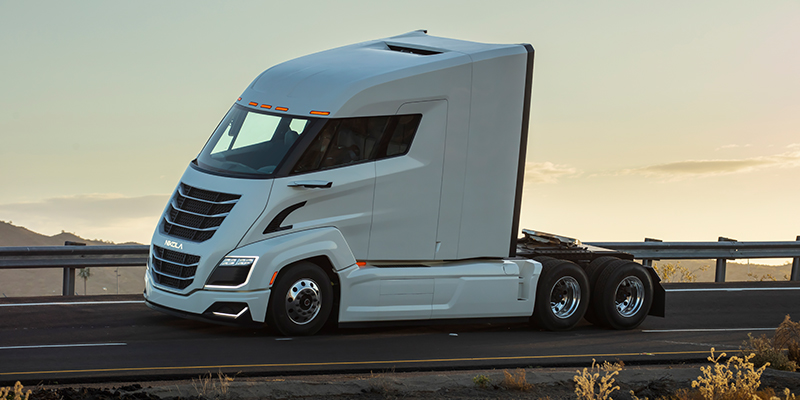 October 2020
eMOBILITY
Uncertainty is rife, but one thing is abundantly clear: we are now participants in the EV revolution!

The electrification of transport is, for me, a given. It is an unstoppable revolution that will tear apart whole value chains and blindside those participants who do not embrace let alone understand the changes happening around us. I see it as a huge growth opportunity, but before getting into potential winners and losers, it is important to understand why it is happening in the first place.

There are four reasons why transport is being electrified, starting with the environment, and related to that regulatory change. The bottom line is that the burning of gasoline or diesel in a combustion engine produces toxic tailpipe waste, which has a negative impact on air quality and the climate. A whole pile of regulations such as the EU fleet wide emission target of 95g CO2/km is forcing automobile manufacturers to clean up their acts and the best way to do so is to electrify, be it fully or partially through the use of hybrids.

The second factor is Tesla. Elon Musk and Tesla have kicked off a revolution in the automobile space which has inspired a whole range of new car maker start-ups, such as BYD, Nikola, Sono and Rivian, all of which are focussed on bringing new and exciting vehicles to the market. This in turn has forced incumbents like VW to aggressively change their strategies and accelerate development of EVs.

The third factor is physics. An electric engine is three to four times more efficient than an internal combustion engine (ICE), requiring less fuel which in turn means it is not only better for the environment but also cheaper to operate.

The fourth factor is economics. In terms of lifetime operating costs, EVs are already cheaper than ICEs. It is important to note we are at the early stages of mass producing both batteries and electric motors, so in time EVs will become cheaper to buy than ICEs.

As incumbent manufacturers like VW bring out new EV models in the coming years, these automobiles, with their much simpler and more robust drive trains, will be mass produced and as this happens manufacturing costs will fall. The general view is that cost parity will be reached when battery costs reach $100 per kWh. Best in class is currently $200/kWh, so we are not far off that at the moment. Clearly huge strides have been made since the $1,000/kWh we saw when the first Tesla was produced.

By contrast, we have been producing highly complex internal combustion engines - with hundreds of moving parts – for over a century and there are few areas where costs can be whittled down.

It is not just automobiles that are electrifying.

Scooters and bikes are electrifying because electric motors and the batteries that power them are cheaper, cleaner, more robust and quieter than internal combustion engine alternatives.

It is the same with heavy duty trucks. Mining trucks were for many years powered by diesel, but today the world’s biggest truck is the D8-774 from Slovenian firm ETF Mining Equipment. It is fully battery powered with a payload capacity of 774 tonnes.

A similar shift is happening in shipping: the biggest ships in the world today are all propelled by electricity, with the power coming from diesel or nuclear. In the future that power may come from batteries and hydrogen.

Likewise, air transport. Drones, which are already being used for a whole host of applications including precision agriculture, film making and site surveying, are all electric and battery powered. In future their use will broaden further to include logistics and then to moving people.

So clearly the electrification of transport is already happening, and with continuing innovation and regulatory pressure, the speed of change is only going to increase. As momentum builds we will see a complete restructuring of the transport value chain. All companies will have to change, starting with the the miners and drillers of the commodities used in the world of transport. We will see reduced usage of oil but increased usage of materials such as copper, lithium and cobalt. We will see huge restructuring of the component supply chain for vehicles especially anyone producing parts for internal combustion engines. At the same time we will see improved demand for batteries, electric motors and power electronics. We will also see radically different business models from the big name OEMs such as Airbus, Ford, Daimler and VW. Some will become producers for third parties. Some will become services companies supplying transport as a service rather than products. Others will keep doing what they have always being doing. And then we will have a whole array of new start up businesses such as the electric truck manufacturer Nicola Motor Company to excite the world and push change.

Uncertainty is rife, but one thing is abundantly clear: we are now participants in the EV revolution and those who opt to write it off as a fad will suffer, while those able to seize the plentiful opportunities it throws up will thrive in the years to come.