Tesla and the iPhone Moment 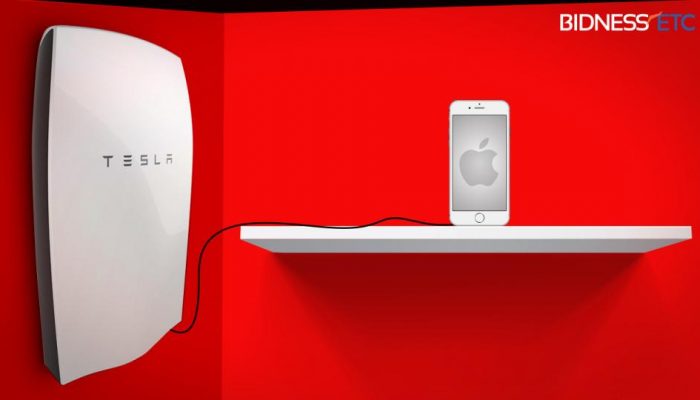 October 2019
eMOBILITY
When Elon Musk announced the 2017 launch of a $35,000 electric car it created unprecedented demand

Gerard Reid
Co-Founder and Partner
On March 31st 2016, Elon Musk the CEO and founder of Tesla announced the 2017 launch of a $35,000 Model 3 electric car with a range of 345km per and Porsche like performance with acceleration of below 6 seconds from 0-100km/h.

Within a week the company had received over 325,000 orders for the new car which is something that is unheard off in the automobile industry. That said we have seen this before in the smart phone area. On January 9th 2007, Apple CEO and founder Steve Jobs presented the first iPhone for the first time at the Macworld Conference & Expo in San Francisco. When the iPhone was finally launched on the June 29th of that year hundreds of customers lined up outside stores to buy the smart phone. And a decade later the annual market for smart phones has grown from zero to 1.5bn phones in 2016. This begs the question whether March 31st 2016 will go down as the date when the electric car was officially launched, and this begs another question how fast will demand for electric cars grow.

In 2016 electric car sales were up 50% on 2015 largely thanks to strong sales growth in China but also solid growth in Europe. That said, EV sales are still tiny. Less than 1% of cars sold in 2016 were electric and many countrywide schemes such as Germany’s goal of 1m EV on the road by 2020 will probably be missed. In addition, the rollout of charging stations is taking longer than many had expected and indeed hoped. Despite these hiccups there are reasons to be very positive about the future of electric vehicles.

The major reason is battery costs. Five years ago a lithium-ion battery pack for an EV cost $1,000 per kWh meaning that a standard 60kWh battery pack then was costing $60,000. Today GM is buying those batteries for its Chevrolet Bolt or as it called in Europe the Opel Ampera which will come on the market later this year for under $150 a kWH or $9,000 per car. And with range improving (383km or 238 miles for the Bolt) and further cost reductions coming cost parity with the internal combustion engine the “ICE” is in sight.

The other major reason for being positive is Tesla. Tesla’s pre-orders for the Model 3 plus the strong sales of the Model S mean they are now taking market share and sales away from other premium brands such as Mercedes, BMW and Audi noting that the Model S is now the best-selling luxury car in the U.S. Which should not be a surprise to anyone who has driven one. The Tesla S, despite its faults such as poor finish, is faster and more to fun to drive than any car BMW or Mercedes can offer. But this competition from Tesla is now pushing the German manufacturers to change and bring out a whole host of exciting plug-in hybrids and electric vehicles. Add to the Chinese automobile manufacturers such as BYD who are pushing electrical cars not only in their home market but increasingly abroad. What all this means is increased competition which is not only good for the customer but good for the electrification of the automobile.

The final question is how fast we will electrify the road transport fleet? Our view is very fast as has been the case with solar which has grown over the last decade from an annual market of 500MW to 70,000MW in 2016. This is known as exponential growth and it is also what we have seen with the smart phone. However, there is one difference between automobiles and smart phones and that is the amount of batteries that need to go into one. One Model S has as much lithium-ion batteries in them as 25,000 iPhones, or 1m Tesla S 100’s would use more than the annual production capacity of all lithium-ion battery factories across the world! In addition, a massive amount of nickel, graphite, lithium and cobalt is needed. The good news is that there is enough of these materials available to power the global fleet of automobiles. The bad news is will take some years and massive investments to ramp up production of these materials. Then we have the cost of building battery factories. This can’t happen overnight and is probably the reason we will not see immediate exponential growth in electric vehicles. But the growth will be very strong, and there will be winner and losers and the winners are not only going to be the manufacturers that produce the best cars but also secure the necessary raw materials.