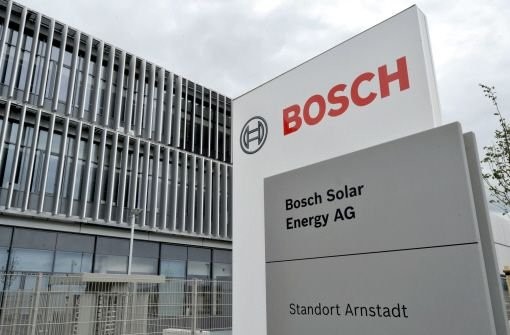 Bosch was one of the first global industrial players to actively invest into solar. They saw the huge growth opportunity. They bought some very interesting businesses such as Ersol, Aleo Solar and Johanna Solar. However, they could not make any of them work and exited solar production some years ago, having lost over €3bn. Painful though it was, it did not really impact Bosch’s core business which is automobile, noting that Bosch is the biggest automobile supplier in the world. But what does impact Bosch’s core business is the electrification of the automobile and their efforts to date in batteries, which are the most expensive component in the electric car, have been negligible. It was thus not a surprise when Bosch recently announced that they will not be going into battery production. But they are not the only one. The majority of investors and strategics I talk to are scared of investing in upstream batteries believing that batteries will be like solar with manufacturing both low margin and dominated by China. This is what I call the Bosch Solar complex; but this is a mistake.

Bosch should have known better as they and other solar producers made it too easy for the Chinese to come in and dominate global solar production. For a start, firms like Bosch and Q-Cells never took control of the manufacturing intellectual property they had often co-developed with their equipment providers, who then took that knowhow and sold it to China. Unsurprisingly, there is no competitive European solar manufacturer left. There is one major American manufacturer left in First Solar who controlled their manufacturing knowhow and tied their equipment manufacturer, Von Ardenne, up under a long term contract. The other advantage the Chinese had was financing. Not only did they have low cost debt available to them from Chinese banks, but many of them raised lots of money on the public markets in the United States and they used that cash to drive scale and costs down. In contrast, many of the European players built lavish offices, invested into new technologies and across the value chain. The rest is history and as a result, companies like Trina Solar, Jinko, GCL and Longi are the global solar leaders.

Batteries however are an order of magnitude more complicated than solar. For a start, it is impossible to find one equipment manufacturer who can build a fully integrated and automated battery factory. This implies that there is real knowhow in the manufacturing area, most of which is in Japan, South Korea and increasingly China. There is also massive intellectual property and manufacturing knowhow around the battery cells themselves and the various components that make them up. Key battery cell components such as anodes, cathodes and electrolytes are often brought in from third parties, and most of these components are wet systems which are difficult to control and develop with lots of unknowns. Solar cells, in contrast, are dry systems which are inherently stable, which also means that they are less prone to explode.
There is also no clear winner when it comes to future battery technologies. Lithium-ion may be the choice of the major automobile manufacturers to power the EV but we will still have uses for other forms of batteries such as lead acid, alkaline and flow batteries. And even with lithium-ion batteries there are lots of different chemistries such as LFP (lithium iron phosphate), NMC (nickel manganese cobalt), NCA (nickel cobalt aluminum), LMO (lithium manganese oxide) and LCO (lithium cobalt oxide), each of which have different strengths and weaknesses. And even there we have more complexity and technology. The standard NMC battery, for instance, is currently called a 333 meaning it uses 3 parts nickel, 3 manganese and 3 cobalt. Going forward we will see 811 NMC batteries which will use more nickel and less cobalt which will in turn decrease cost. However this is a complex technological challenge with the winner gaining significant competitive advantage over its competitors.

Meanwhile, back in the world of solar, the dominant technology is known as crystalline silicon and it has been the leading technology for the last 25 years, and the technology improvements over that period have been small; in other words, it is a commodity. But batteries are not a commodity and they are critical to the electric car.

Europe currently produces one in four of the world’s internal combustion engines not to mention the exhaust and transmission system which is worth $50bn per year to the European economy. And as the car electrifies, all those producers, including Bosch, will come under significant pressure. Meanwhile in Asia, companies such as Panasonic, LG Chem, Samsung, Murata and CATL see the electrification of the automobile as a massive growth opportunity noting that the global automobile battery market is worth $6bn per year. And that is only going to grow. And if Western producers do not react soon, by the time they do, the Japanese, Chinese and South Korean competitors will have firmly cemented their grip on the whole lithium-ion battery value chain, which will make it almost impossible for even companies as big as Bosch to enter the market.