The coming of the hydrogen economy, finally? 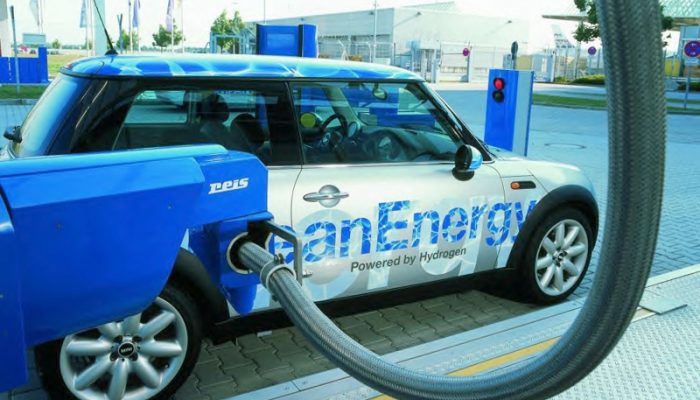 October 2019
eMOBILITY
Hydrogen and fuel cells seem to be in the news again.

We have Honda and Toyotabringing out fuel cells cars and then we have Europe’s largest utility Engie proclaiming that the future is hydrogen. I must admit though I am a little sceptical as I have heard this tune before, and I still doubt the efficiencies, the benefits and the economics. More importantly, I see better alternatives.

In theory the “hydrogen economy” is the perfect solution to all the problems with fossil fuels. Not only is there lots of hydrogen out there but if you get it to react with oxygen then lots of energy is released and the only emissions you will have is water. However, hydrogen is rarely freely available in nature and needs to be either separated from water or most commonly from hydrocarbon compounds such as coal, oil, and methane. This however is where the problem starts as all processes require energy to “separate” the hydrogen, and to make matters worse the thermo-chemical processes such a hydrocarbon reforming which are commonly used to create hydrogen cause the release of CO2. That said hydrogen can be “created” from water using renewable electricity and a process known as electrolysis.

The most common business case for hydrogen fuel cells in the market today is backup storage and range extenders. But in fact, there is a very strong case for using large amounts of hydrogen as the “balancer” for a renewable economy. The idea being that in periods of excess wind and solar production that electricity could be used to be create hydrogen which could in turn could be stored for the periods when there is not enough renewable power when it could be turned into electricity again. The issue with this approach, up to now, has been efficiency losses and costs.

In “creating” hydrogen some 25% of the energy is lost in separating the hydrogen from the water. Then that hydrogen has to be stored and transported. This is not easy as hydrogen is the lightest gas in the universe and needs to be transported in specially built pipes and tanks. The existing natural gas pipeline network does allow small amounts of hydrogen to be mixed in but it is just too porous to allow anything but the marginal transportation of hydrogen. One other possibility is to compress or freeze the hydrogen but both processes are energy intensive which again increases efficiency losses. Finally, that hydrogen needs to be converted into electricity which again creates losses. In fact, as can be seen in the chart below the losses are over 60% which means that for every 1MWh that used to create hydrogen and then electricity some 400KWh are actually available for use for powering an electric car or a household.

Now of course it is easy to argue that because the input is renewable and efficiencies are better than an internal combustion engine (circa 30% efficiency) that we should go in this direction. But the question is whether there is a better solution available?
The obvious thing to do is not to create hydrogen which is in fact an energy carrier rather than an energy source and convert the electricity into another energy source such as chemical energy. This is what exactly happens when you use a battery and the result is that when you take that renewables and store it in a battery, before using it again for generating electricity, is that circa 23% of the original electricity is lost (see chart below). What this means is that for every 1MWh of renewable energy used to power a battery some 770KWh is available to power an electric car which is nearly twice what you get when you use use hydrogen and a fuel cell (400KWh).

Given that lithium ion batteries are on a very steep cost curve, their chemistries are improving year over year and we do have a power grid in place to enable the charging of battery powered EVs, this simple analysis shows the question marks over the viability of the hydrogen economy. Of course, you may argue that fuel cells cars can be fuelled quicker and have a longer range. But even that is doubtful noting that the Tesla battery powered Model S P100D with a driving range of 315 miles has a better range than the fuel cell powered Toyota Mirai. And we will continue seeing new developments in the battery arena such as the usage of Lithium-titanate (LTO) which allow much faster charge than existing lithium ion technologies are capable of not to mention the use of silicon anodes which will increase the range of lithium-ion batteries. Then we have next generation battery technologies such as lithium-sulphur batteries which theoretically offer up to three times better performance than a lithium-ion battery.
Does this mean that the hydrogen economy is dead? Not necessarily but what is clear is that we will have to see substantial technology improvements right across the hydrogen and fuel cell value chains if hydrogen is going to move beyond a niche market product used for highly specialised military, offgrid and industrial applications.