The implications of the digitalization of energy 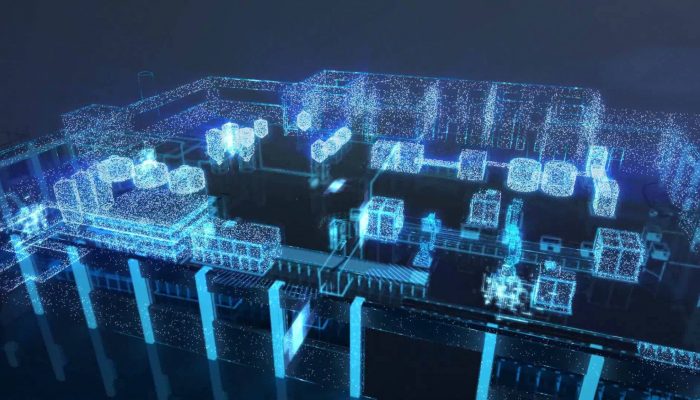 October 2019
Digitalization is the flavour of the month when it comes to energy companies.

Energy executives across the world are all using the buzzwords such as Big Data, the Cloud, Digital Wind to Digital Oil Fields and Internet of Energy as they talk about their future strategies but all of them seem to me to trivialise the changes going on in global energy. To be clear the low oil and gas prices across the world are the result of new drilling technologies which have created the shale gas and oil revolution in the United States. It is the same with renewables. Massive technological improvements have caused the costs of solar and wind to plummet and as they have installations have soared. In addition, we have energy efficiency technologies working in the background to control our use of energy. And the impact has already been big as can be seen in the hundreds of billions of dollars that have been wiped off the value of many of our major energy incumbents. But we are only at the start of this digital energy revolution which will rip apart any business that is too slow to embrace the new digital energy order. At the same time it will create billions of dollars for those embracing the new energy world. This new digital energy order is based around five key technologies software, semiconductors, sensors, solar and storage and the new business models they enable.

Software and semiconductors go hand in hand. Software are the brains used to control and operate different types of semiconductor such as microchips, power controllers and LEDs. These ever faster and cheaper semiconductors are the reason why any smart phone today is more powerful than the best computer from ten years ago. In the energy world, low cost computing power has enabled energy companies to more cost effectively extract, produce and transport energy while at the consumer level it has allowed much more efficient use of energy.

Add to the equation low cost sensors for measuring heat, movement and a whole range of other variables and suddenly we have the possibilities around the internet of things, millions of devices all connected together measuring, controlling, communicating and working with each other. The combination of sensors, semiconductors and software will enable in the future the Smart Home and the Smart City as well as autonomous motor vehicles. But let us be clear these technologies have already forever changed the oil and gas industry.
The shale revolution has enabled the United States to increase oil and gas production by close to 50% over the last five years. None of this would have been possible without sensors and massive computing power which have enabled the game changing drilling technologies such as seismic imaging, horizontal drilling, digital oil fields and measurement while drilling.

The next key technology is solar PV which is the most flexible power generation source available. Solar can be used to power calculators, solar panels can be mounted onto our roofs or facades, or they can be configured for use in large-scale power production plants. Plus, installation is simple and quick. And solar is already cheap and getting cheaper.

In 2004, a typical 200 watt solar module sold for about €1,000. That same module now sells for around €80 today! And there are further cost reductions to come as technology improvements push conversion efficiencies above the 18% level found in today’s standard solar modules towards the rates of a modern satellite (40%). And the good news is that the core material used for manufacturing solar panels, silicon is cheap to produce and there are lots of it due to the abundance of sand it is produced from.

Solar’s steep cost curve has fuelled its viral expansion. In 2000, the global market for solar was a mere 277 MW. In 2015 the market was over 57 GW. However, solar has one big disadvantage and that is that it is intermittent. What should one do at night or when the sun is behind the clouds?

The answer is store that energy but the issue is that until recently energy storage was just too expensive. But this is fast changing thanks to costs and technology improvements around lithium-ion batteries which is being driven by the automobile industry which has decided to use lithium-ion as the core technology to power electric vehicles. And the numbers and the repercussions of an EV roll-out are truly enormous. 1m Tesla S 100D’s would deliver 100GWh of backup power which would be enough to power the whole of Germany for over two hours. But there are 40m cars in Germany so if they all were to go electric there would be theoretically enough storage capacity for the whole of Europe!

But we don’t have to wait for EVs to come. Already a combination of PV&S (solar PV and storage) makes economic sense in places as far abreast as Italy and Tanzania. Putting a solar panel on a domestic roof with a battery is the quickest, cheapest and sometimes only way to get power to people who don’t have it. This is the business model of the Berlin based Mobisol which offers its clients a pay as you go model under which customers use their mobile phones to pay for their own PV&S systems on a monthly basis.

And then we have the Munich based Sonnen which is offering its customers a “flat rate” electricity tariff based around domestically installed solar and batteries. The batteries enable the customer to avoid feeding solar into the grid at 10 cents and buying from the power retailer at 30 cents. Some clever software and power electronics allows Sonnen to manage everything seamless for the customer and to aggregate all the solar energy not needed by the community of homes so that it can be moved to those within the community that need it.

But this is only the start; it is the combination of the Five S’: software, semiconductors, sensors, solar and storage that really is creating an energy revolution. And one of the results of this revolution is that people will move to the centre of the energy system, as this power consumption and generation, becomes digitalized, decentralised and data-driven. Consumers will increasingly be able to monitor their power usage via a mobile application; they will save money by using energy apps and consoles which show how they can capture lower tariffs; and will exploit time-of-use-pricing to charge home batteries with the cheapest grid power, and integrate their solar panels. Increasingly, the customer experience will be one of exploiting software, sensors and semiconductors to analyse their energy use and save money.

And this new digital energy order is coming faster than most people think and it will rip apart old world businesses that are unwilling to change. At the same time, digital energy will also create exciting businesses like Sonnen and Mobisol but also new automobile companies such as Tesla and BYD, all of who are willing to not only embrace but to champion this change.