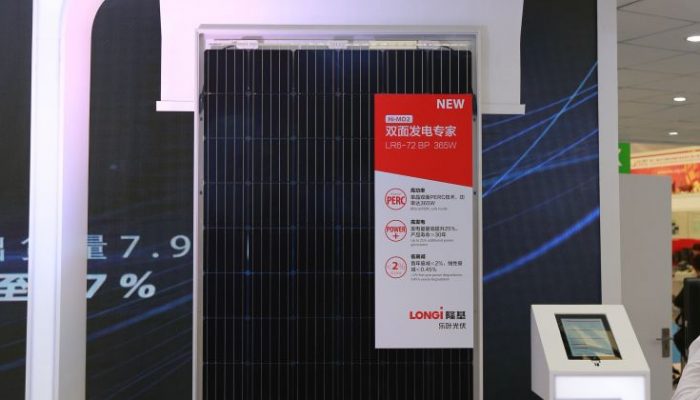 October 2019
... but many producers will not survive

I was recently at the Intersolar Conference in Munich and for the first time in many years I came back very excited about what I saw. We are seeing a big technology shift in solar with an increas-ing focus not only on just reducing the cost of the solar panel but also on lowering the cost of pro-ducing energy with that panel. The result of this shift is that we will see a shakeout in the solar in-dustry. In fact, we are already seeing this. One of the founding fathers of global Solarworld filed for bankruptcy some months back and going forward it will be difficult for some of the traditional Chinese producers to survive as well. On the other hand, the shift will provide an opportunity for new players to enter the solar industry. But most of all, the change will lower the cost of generating electricity with solar which can only be very good for the end customer.

The cost reductions we have seen in solar over the last decade have been nothing less than remark-able. Back in 2007 a SOLON 220 watt 60 cell polysilicon solar panel would have cost you €822 or €3.70 per watt. Today a similar sized panel costs nearly 90% less at €95. This cost reduction has happened because of massive economies of scale and intense competition across the entire solar value chain. But to clear we have seen little technology change. The standard multi-crystalline sili-con module today is 270 watts as opposed to 220 watts a decade ago which means that there has been a 20% increase in efficiencies over this period; and with most module efficiencies still below 20% this is still way off the +40% that solar cells on a satellite achieve.

And increasing efficiencies of solar cells is one sure way to decrease costs of the overall solar in-stallation as it means less glass, frames and racking systems. One of the requirements to gain high-er efficiency cells is to have higher quality silicon. This silicon has always been available and com-panies like Sunpower have always used this so-called mono-crystalline silicon to produce their high efficiency but expensive cells. The vast majority of producers, on the other hand, use lower grade silicon, known as multi-crystalline which is cheaper. In fact, it has to be. Why would one otherwise buy a similarly sized module which gives less power?

What we are now seeing is the costs of producing mono-crystalline cells come down significantly thanks to innovations around how these cells are produced. At the same time, we are seeing inno-vations like PERC (Passivated Emitter Rear Cell) which increase further the performance of such cells. The other thing we are seeing is a substantial build up in production capacities by, in particu-lar, two Chinese companies Longi Solar and Aiko Solar both of whom are planning to build 20GW of new capacity. This will probably make the two of them the biggest solar producers in the world and this in turn will create the necessary economies of scale to push mono-crystalline costs down.

Longi’s new bifacial PERC technology mono-crystalline module (see picture) has a power output of 360-365 watts and with costs similar to that of the lower efficiency multi-crystalline modules there must be a big question mark over the ability of multi-crystalline silicon producers to com-pete. And let’s be clear we have seen this before. There were lots of thin film solar producers in the world of solar a decade ago, but because of their lower efficiencies they had to offer lower prices to remain competitive with silicon panels. Today, all of them are gone and the one surviving one First Solar is also struggling. Interesting times ahead.