Why Bill Gates is wrong about energy 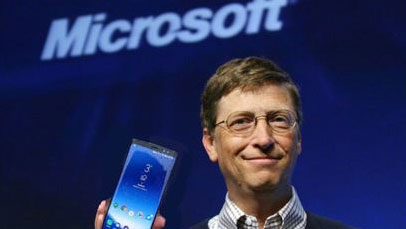 I recently read Bill Gate’s Linkedin end of 2018 article ‘What I learned at work this year’, which I very much enjoyed. While I agree with much of what Bill wrote, I can’t help but draw parallels between the part on energy and the biggest strategic blunder that both he and Microsoft made, namely missing out on the growth opportunity in mobile phones. In his 1995 book, The Road Ahead, Bill wrote that “Mobile devices will be able to send and receive messages, but it will be expensive and unusual to use them to receive an individual video stream.” Fast forward twenty-five years and it is little wonder that none of us use a Microsoft operating system in our mobile phones. Today Bill believes that “we are unlikely to have super-cheap batteries anytime soon that would allow us to store sufficient energy for when the sun isn’t shining, or the wind isn’t blowing.” He goes on to add: “Nuclear is ideal for dealing with climate change, because it is the only carbon-free, scalable energy source that’s available 24 hours a day. The problems with today’s reactors, such as the risk of accidents, can be solved through innovation.” While the aspiration is admirable, it is my view that akin to Bill’s once held view on mobile phones, he may well be missing the bigger picture and unfortunately with that comes the risk that the capital that he has will be unwisely invested in the energy space. Let me explain why.

Nuclear is scalable?
If Bill had invested in a solar company like First Solar a decade ago he would have invested in a company that has produced some 20GW of solar panels over this period and which has been fundamental in bringing solar module costs down from $3.00 per watt in 2008 to $0.30 per watt today and has helped create a market for solar products which will be over 120GW in 2019. Instead Bill invested in Terra Power which has been developing a molten chloride fast reactor for the last decade, and to-date they have not managed to build a pilot plant. And given the massive regulatory challenges around new nuclear technologies it will be a very long while before that technology comes to market let alone becomes scalable.

Super-cheap batteries?
Ten years ago no-one could have predicted lithium-ion battery prices of $300 per kWh today or that the US would be energy independent or that solar would be the fastest growing power generation technology the world. The reason for these dramatic developments is technological progress, the speed of which is increasing at levels never seen in the history of mankind. It is thus very surprising for me to hear Bill say that believes that “we are unlikely to have super-cheap batteries anytime soon”, as what he is saying is that he does not believe in computing power, artificial intelligence and the thousands of scientists, engineers and entrepreneurs across the world who are competing with each other to find solutions to this challenge.

Too cheap to meter
“Too cheap to meter” was the infamous comment from the US Atomic Energy Commission Chairman Lewis Strauss on nuclear power over seventy years ago, but how wrong he has been. There has been no economics of scale around nuclear generation, which is in stark contrast to renewables generation technologies such as wind and solar which have seen massive reductions in cost over the last decade. Solar in particular has been amazing, which should not be a surprise as solar is largely a semi-conductor technology comprised of the same materials that have driven the massive cost reduction and performance increases in the digital devices that make up our modern life. Nuclear power plants, in stark contrast, cannot be mass produced. Going forward solar panels will become cheaper due to further scale effects and there will also be efficiency and performance improvements which may mean that we reach the point where solar is too cheap to meter.

"There has been no economics of scale around nuclear generation, which is in stark contrast to renewables generation technologies such as wind and solar"

Small is beautiful
The global energy system has been, for the best part of a century, based on large scale centralised systems. Huge power generation facilities sitting outside of our major cities pump power in using massive centrally controlled power grids. It’s the same in oil and gas. Oil exploration and drilling was something that needed huge investments over a multi year period in often difficult and risky environments. For these large-scale investments, size was needed and in return energy companies were given or developed almost monopoly positions to ensure they were able to make sufficient returns on the capital they deployed. That however is a thing of the past. Today, digital technologies have enabled smaller shale gas and oil drilling facilities to be not only lower cost but more importantly from a financial perspective lower risk. In a fast changing energy world would you prefer to spend $1bn on a project which may take many years to complete with no guarantee of a return on that investment, or $50m on a smaller project which may result in slightly more expensive energy costs but is much more flexible and faster in place? This is the reason why there has been a shale gas and oil boom in the US. The drilling rigs are smaller, quicker to set up as well as being mobile. It is the same reason why we have seen a boom in solar which is quick to install, and easy to use. It is also the reason why China will install, in the decade to 2020 some 275GW of solar. In contrast, over this period North America and Europe will see the installed base of nuclear shrink.

You can’t negotiate on physics and economics!
The automobile will electrify because of physics and the resulting better economics. An electric engine is three to four times more efficient than an internal combustion engine (ICE) which means it requires less fuel and is cheaper to run. It is only a matter of time before mass production make EVs cheaper to buy than ICEs and one of the major reasons is lithium-ion battery costs. We have already seen lithium-ion prices fall by 80% since 2010 and with massive scale effects coming our way as battery manufacturers ramp up production for EVs, further cost decreases await us, as well as performance improvements. The electrification of transport will help us reduce carbon emissions, but it will also bring us a massive amount of mobile batteries which can be used to help balance the peaks and troughs of low cost and clean intermittent renewable production. Finally, the last time we had a transport and energy revolution together was at the start of the 20th century, and it created the century long competitive advantage of nations such as the US and Germany not to mention companies like GE, Daimler, Bosch and Ford. The changes ahead are going be big but what an opportunity for those who grasp it.