Will we return to 19th century generation and distribution? 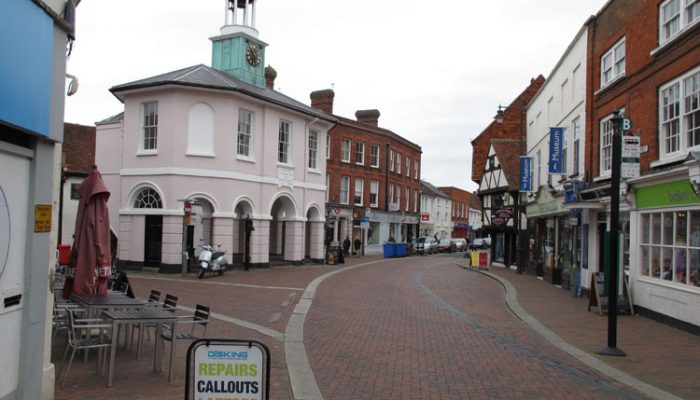 Gerard Reid
Co-Founder and Partner
The small, picturesque town of Godalming, nestled among the low hills of southeast England, became the first town in the world to install a public electricity supply, in September 1881.

Demand initially was for public lighting, which expanded, to an emerging electric tram network, and industry. At the start of this new age of electricity, at the end of the 19th century, small-scale, decentralised energy production was the norm. Businesses and industries often ran their own power plants, and residential customers were supplied by a power generator located close to their homes. As time went by, European and North American power production became more centralized. The logic for this development was driven by energy security: a region or country had to produce what it needed, and this had to be done as cheaply as possible. Thus, the theory of “bigger is better” was adopted to achieve economies of scale for power generation and transmission. The grid was developed and designed to deliver power from these large, centralised power stations to its consumers. However, with the onset of a whole range of cheap decentralised technologies such as solar and storage as well as the ability to control everything locally thanks to software, low cost sensors and semiconductors there is growing concern around the risks of stranded assets in the centralised generation and grid areas.

We have already seen stranded assets on the power generation side in Europe where, over the last years, over $100bn of centralised generation assets have been written down. The issue has been that much of the existing centralised generation has been pushed out of the power market by massive amounts of renewables, most of which is decentralised with no fuel costs. This build out has largely happened because of government mandates but going forward it is more about economics.

Costs of solar and wind are already in many parts of the world the lowest cost form of generation and going forward they are only going to get lower. In addition, we are seeing an increasing amount of small highly efficient thermal plants (biomass and gas) where the waste heat is used locally for industrial and building heating purposes. Add to these generation technologies smart meters, hybrid power solutions, demand response, flexible pricing, blockchain, batteries and energy controllers in our homes and businesses and you can see that much of the generation, demand, data and control of power flows will have to take place at the local level.
The increasing use of localised generation means that there will be less power flowing through much of the power network. This will cause a dilemma for grid operators who often charge customers based on power flows within the system and will probably mean that grid costs have to rise for existing consumers which will have the impact of pushing more people and companies towards decentralised generation. This death spiral of increasing grid and energy costs could be perilous for grid owners unless they change how the consumer is charged for access to the grid as well as embrace new business models. It also means that grid operators are also going to become under pressure to reduce costs. Gone will be the days where a grid operators can simply build a new power line and pass those costs on to their customers.

We are already seeing these trends have in impact in places like Australia and it may also end up that places like Africa become electrified without the aid of a fully connected power grid. Instead, we will see a mix of off-grid solutions and micro-grid solutions with much of the power production being very close to the end customer. And this will happen because it is cheaper and faster to do so. That is what is different than 100 years ago. Decentralised technologies are now becoming the cheapest way to bring power to the people.
Does this mean that we will not need a grid going forward? No it does not. We will increasingly use it for the electrification of transport and heating but what it does mean is that the nature of the grid will change. We will see grid operation functions decentralise away from the centralised grid operators of today. Distribution grid operators will have huge opportunities in this new world. And we will have to ask questions about the structure of the grid, about who does what, how we incentivise grid operators, how we pay for its upkeep, etc. These changes will be uncomfortable for many but let us not forget that the end of the 19th century when the electricity industry was born was a period of massive social progress, innovation, business development and wealth creation. We are at a similar point today.